Intrepid congratulates Gary Rabishaw, Adam Abramowitz, and Brandon Quartararo for being selected by the Los Angeles Business Journal as “Leaders of Influence” in the Investment Bankers 2020 special issue. 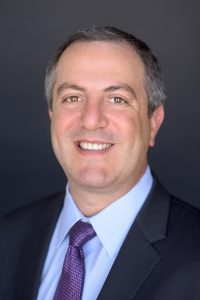 Gary is a leader at Intrepid, contributing as a member of the Executive Committee and Founding Partner. As the Head of the Commercial & Consumer Technology practice he represents companies in consumer electronics, music technology, and residential and commercial audio/visual space. Recent industry transactions include the two-time sale of Blue Microphones; the sale of Westone Audio, and advising speaker company Sonance on its acquisition of James Loudspeaker. In addition, Gary has been involved in numerous domestic and cross-border transactions and Intrepid’s largest transaction to date RSI Home Products in the $1.075 billion sale to American Woodmark Corporation (NASDAQ: AMWD).

He is a past President of the Los Angeles Chapter of the Association for Corporate Growth and remains actively involved on the Board of Directors. He’s also a frequent volunteer at various non-profit organizations, is involved as a mentor for Northwestern University students and participates on the Board of Directors for In The Band, a non-profit organization focused on providing mobile music education to underprivileged children throughout Los Angeles. 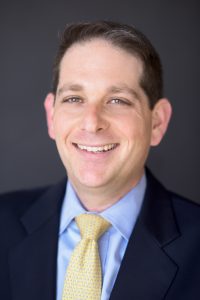 Adam enthusiastically jumped at the opportunity to start Intrepid in 2010, and he became a driving force for supporting the firm’s growth. As a Co-Founder, Adam played a key role in building out the strategies, systems, and talent to ensure Intrepid is positioned for long-term success. These experiences have played a critical role in developing Adam’s skillset as a business leader and enabled him to better empathize with his clients and their entrepreneur mindset. For the past few years, Adam has helped to build and grow Intrepid’s Healthcare Group. He helped lead the groundbreaking sale of Ambry Genetics, a market leader in genetic diagnostics, for $1 billion to a Japanese strategic buyer, Konica Minolta. Other recent prominent deals include: Advising Bear Down Brands, a rapidly growing branded eCommerce marketer of home, health, and wellness products, in its growth investment from Topspin Partners; and advising The Riverside Company, on its sale of Blue Microphones, a pioneer in digital microphones, to Logitech, a large publicly-traded technology accessory business.

Since 2016, Adam has served on the Board of Directors for the Association of Corporate Growth, Los Angeles Chapter. In 2012, he created and spearheaded the launch of the ACG Rising Stars Program to help younger professionals in the Los Angeles M&A community establish relationships, develop their professional networking skills and hear invaluable lessons on success from LA’s top dealmakers. More recently, in 2019, Adam was selected as Vice Chair of the Emerging Leaders Program for JVS SoCal (formerly Jewish Vocational Services). Adam has a passion for helping those who need assistance finding a job and developing the critical skills to gain meaningful employment. 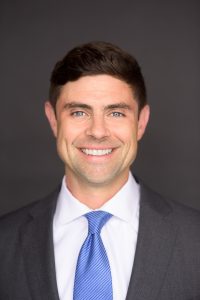 After starting at Intrepid as a Senior Vice President, Brandon was promoted in 2019 and is the youngest Managing Director at the firm. Since joining the firm, the Digital Media practice has expanded to include six team members working across the broader content, commerce, and customer journey verticals. He has helped to establish the firm’s broader technology leadership by executing a variety of sell-side M&A and capital raise mandates. He is also known for hosting the Drinks N’ Deals series events, widely recognized as a hot ticket event in Silicon Beach.

Over the past 12 months, Brandon and the Digital Media practice he leads has closed four notable engagements, including advising leading performance marketing agency Barrington Media Group on its significant investment from Four Point Capital; served as the exclusive financial advisor to Infinity Marketing Team who has made the Event Marketer Top 100 Agencies “It List” for 16 consecutive years on its investment from Pico Far East Holdings (HKG:752), as the companies joined forces to accelerate growth; the recapitalization and growth financing of Advice Media from Tree Line Capital Partners; and the acquisition of ScaleLab, one of the world’s top-ranked YouTube multi-channel networks by Vietnam-based Yeah1 Group.