That scheduling meant missing “Fridays with Jim,” a relatively new offering at the firm’s Brentwood headquarters.

Freedman is particularly excited by the sessions, perhaps a more productive interpretation of casual Friday than a happy hour at a local bar. Each Friday at 4 p.m., the firm’s young bankers are invited to an informal chat with Freedman in the so-called Yacht Club, a room that reflects Freedman’s love of boating in Intrepid’s 22nd-floor offices on Wilshire Blvd. in Brentwood. Meetings take place under the watchful eye of the stuffed blue marlin on the sea-blue walls.

Attendees might include those hired into the company’s three-year analyst training program right out of college.

“We try to give them a career path where they can move up and stay here for their whole career,” Freedman said.

The Intrepid work space is millennial-friendly, with standing desks, an Xbox gaming room, and kombucha on tap in the recently renovated space in the building the company has occupied since 1989.

“I try to impart some things that I’ve learned over the years, so they can learn in 10 what it took me 35,” Freedman said. “They like it. We have quite good retention rates here, which is unusual for investment banking.” 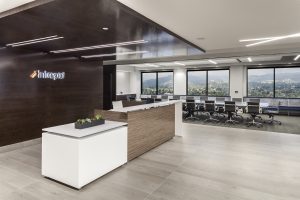 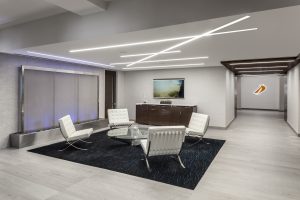 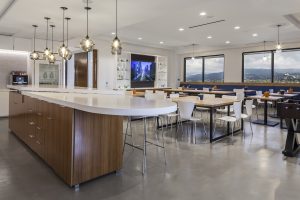 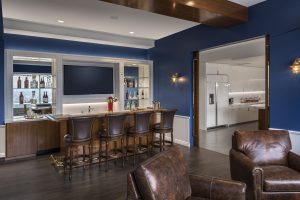 Freedman said Intrepid, which provides merger and acquisition advisory services, has developed special industry groups including software and technology, health care and beauty and cosmetics. The firm does not disclose financials; it ranks No. 8 on this week’ s list of investment banks based in Los Angeles County, with 22 investment bankers.

“Jim really takes the time to get to know people at all levels of our firm,” Antion said. “Even as a summer intern, he was reaching out, (asking) ‘Can I take you to breakfast, can I pick your brain about how to improve the firm? He really believes you have value to add, and that you can bring things to the table that he might not have thought of.”

The inter-generational conversation is not limited to Fridays, or to Freedman. Freedman said the doors of senior partners are always open. The company’s 10 managing directors include longtime business partners Ed Bagdasarian, who serves as chief executive, and Intrepid President Mike Rosenberg.