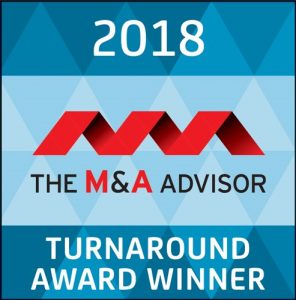 The M&A Advisor has selected Intrepid’s Capital Markets Group and Jonathan Zucker as the winner of “Refinancing Deal of the Year” (Under $250MM) in its 12th annual Turnaround Awards. The award is in recognition of Intrepid’s work representing Mercury Media in its refinancing by Callidus Capital (TSE: CBL).

“My team and I are thrilled to have been recognized with the “Refinancing of the Year” award for the Mercury Media financing. This transaction highlighted the strengths of Intrepid’s Capital Markets Group, as we needed to be incredibly tenacious and creative to secure a custom-tailored financing solution for the company,” said Jonathan Zucker, Senior Vice President and Head of the Capital Markets Group at Intrepid. “This deal adds to our growing practice of solving complex capital problems and providing debt advisory services to private equity-backed businesses. We look forward to continuing to build our relationship with Mercury and its sponsor, Eos Partners.”

Mercury Media is a leading performance media agency with a track record of planning and executing campaigns for advertisers. Founded in 1989, the company was recapitalized by Eos Partners in 2006. Eos and Mercury engaged Intrepid to secure a new partner to refinance the company’s existing debt and provide flexibility for growth. Intrepid ran a robust process, articulating the Mercury story and emphasizing the strength of its management team, data-driven approach and business momentum. Ultimately, Callidus Capital was selected as the lender that was able to deliver the most creative structure available in the market.

“The award winners represent the best of the distressed investing and reorganization industry in 2017 and earned these honors by standing out in a group of very impressive candidates,” said David Fergusson, Co-CEO and President of The M&A Advisor. “In an environment that is increasingly demanding of its professionals we have recognized the leading transactions, firms and individuals that represent the highest levels of performance.”

The nominations, representing over 250 participating companies, were judged by an independent jury of industry experts. Jonathan will be honored at the March 21st event in Palm Beach, Fla., alongside leading restructuring and corporate finance professionals from around the country. The Awards Gala is a feature of the 2018 Distressed Investing Summit. The Summit will take place on March 20-22 and will feature 225 of the industry’s leading professionals participating in exclusive interactive forums led by a faculty of restructuring industry stalwarts and business media experts. 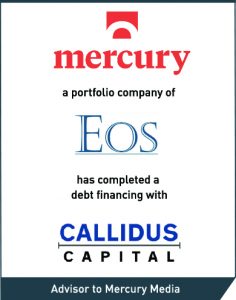